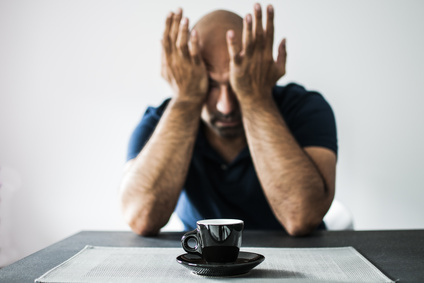 A “catastrophic sleep-loss epidemic” is causing a host of potentially fatal diseases, a leading expert says.

In an interview with the Guardian, Professor Matthew Walker, director of the Centre for Human Sleep Science at the University of California, Berkeley, said that sleep deprivation affected “every aspect of our biology” and was widespread in modern society. And yet the problem was not being taken seriously by politicians and employers, with a desire to get a decent night’s sleep often stigmatized as a sign of laziness, he said.

Electric lights, television and computer screens, longer commutes, the blurring of the line between work and personal time, and a host of other aspects of modern life have contributed to sleep deprivation, which is defined as less than seven hours a night.

But this has been linked to cancer, diabetes, heart disease, stroke, Alzheimer’s disease, obesity and poor mental health among other health problems. In short, a lack of sleep is killing us. Walker said: “No aspect of our biology is left unscathed by sleep deprivation.

“It sinks down into every possible nook and cranny. And yet no one is doing anything about it. Things have to change: in the workplace and our communities, our homes and families.

“But when did you ever see an NHS poster urging sleep on people? When did a doctor prescribe, not sleeping pills, but sleep itself? It needs to be prioritised, even incentivised.

“Sleep loss costs the UK economy over £30bn a year in lost revenue, or 2 per cent of GDP. I could double the NHS budget if only they would institute policies to mandate or powerfully encourage sleep.”

He said he insists that he has a “non-negotiable, eight-hour sleep opportunity every night” and keeps “very regular hours”.

“Once you know that after just one night of only four or five hours’ sleep, your natural killer cells – the ones that attack the cancer cells that appear in your body every day – drop by 70 percent, or that a lack of sleep is linked to cancer of the bowel, prostate and breast, or even just that the World Health Organisation has classed any form of night-time shift work as a probable carcinogen, how could you do anything else?”

While health-care workers, employers and politicians all needed to pay greater attention to the benefits of sleep, Walker said people needed to do so on an individual level.

“No one wants to give up time with their family or entertainment, so they give up sleep instead,” he said.

“And anxiety plays a part. We’re a lonelier, more depressed society. “Alcohol and caffeine are more widely available. All these are the enemies of sleep.”

And there is a tendency to boast about needing little sleep to function. Margaret Thatcher and Ronald Reagan were said to survive on a few hours a night. Both developed dementia in later life.

“We have stigmatised sleep with the label of laziness,” Walker said.

“We want to seem busy, and one way we express that is by proclaiming how little sleep we’re getting. It’s a badge of honour.

“When I give lectures, people will wait behind until there is no one around and then tell me quietly: ‘I seem to be one of those people who need eight or nine hours’ sleep.’ It’s embarrassing to say it in public.

“They’re convinced that they’re abnormal, and why wouldn’t they be? We chastise people for sleeping what are, after all, only sufficient amounts. We think of them as slothful.

“No one would look at an infant baby asleep, and say ‘What a lazy baby!’ We know sleeping is non-negotiable for a baby. “But that notion is quickly abandoned (as we grow up). Humans are the only species that deliberately deprive themselves of sleep for no apparent reason.”

Signs of a lack of sleep include needing caffeine to stay awake during the afternoon or wanting to sleep on after the alarm goes off. “I see it all the time,” Walker told the Guardian. “I get on a flight at 10am when people should be at peak alert, and I look around, and half of the plane has immediately fallen asleep.”

He suggested people should set themselves an alarm 30 minutes before they should go to bed and start to wind down from that point. The brain is actually extremely active while we are sleeping. “During NREM (non-rapid eye movement or deep) sleep, your brain goes into this incredible synchronised pattern of rhythmic chanting,” Walker said.

“There’s a remarkable unity across the surface of the brain, like a deep, slow mantra.

“Researchers were once fooled that this state was similar to a coma. But nothing could be further from the truth. Vast amounts of memory processing is going on.

“To produce these brainwaves, hundreds of thousands of cells all sing together, and then go silent, and on and on. Meanwhile, your body settles into this lovely low state of energy, the best blood-pressure medicine you could ever hope for.

“REM sleep, on the other hand, is sometimes known as paradoxical sleep, because the brain patterns are identical to when you’re awake. It’s an incredibly active brain state.

“Your heart and nervous system go through spurts of activity: we’re still not exactly sure why.”

The NHS warns sleep deprivation can have “profound consequences on your physical health”. “One in three of us suffers from poor sleep, with stress, computers and taking work home often blamed,” its website says.

“However, the cost of all those sleepless nights is more than just bad moods and a lack of focus.

“Regular poor sleep puts you at risk of serious medical conditions, including obesity, heart disease and diabetes – and it shortens your life expectancy.

“It’s now clear that a solid night’s sleep is essential for a long and healthy life.”