The Low FODMAPs DIET for IBS 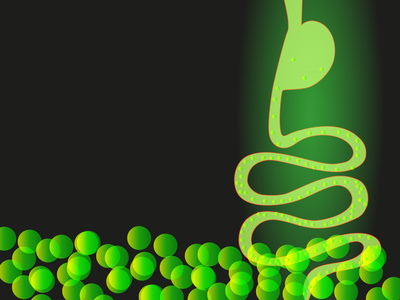 The Low FODMAPs DIET for IBS

The low FODMAPs diet is an elimination type diet that has become first line of dietary therapy recommended for patients suffering with IBS.

This plan was developed by Australian dietitian Sue Shepherd and the researchers at Monash University in the late 1990s. Much research was done on this subject and in the early 2000s the Monash university team developed a well-defined and structured diet plan specifically formulated for patients with IBS.

The acronym FODMAPs stands for Fermentable Oligosaccharides Disaccharides Monosaccahrides and Polyols. These are complex names for different short chain sugars found in foods. The F in Fermentable means that intestinal bacteria can consume these sugars producing gas through their digestive processes. The rest of the acronym just lists the names of the different types of short chain sugars. These fermentable sugars are found in various carbohydrate rich foods, such as starchy foods (certain grains, breads and cereals) as well as in some fruits, vegetables and dairy. These short chain sugars are not very well absorbed by the body. Rather than being absorbed in the small intestine, these small chain sugars travel to the large intestine. The large intestine contains trillions of bacteria that use these undigested sugars for food. When these bacteria consume these sugars, they produce gas. Patients with IBS have sensitive intestinal lining and experience this with bloating and pain. Furthermore, the presence of undigested FODMAP sugars in your colon attracts water, causing loose stools and diarrhea. Reducing the number of FODMAPs in the diet, can decrease gas, pain and fluid in the large intestine of patients with IBS. A low FODMAPs diet has also been shown to reduce the amount the amount of histamine. Histamine is a natural substance, a biogenic (resulting from the activity of living organisms such as, fermentation) amine that is present in many foods and is produced by human cells with a wide array of functions. Histamine is a neurotransmitter, it has a role in allergic reactions, often associated with causing itching, redness, swelling, cough or rash. Histamine regulates sleep and aids in digestion by playing a role in stomach acid secretion. The accumulation of histamine and the inability of the body to completely degrade it may play a role in the pain symptoms many IBS sufferers experience. Studies have shown that following a low FODMAPs diet plan can have an 8-fold decrease in histamine levels in some IBS patients.

Who can benefit from this diet?

Where are FODMAPs found?

Examples of foods high in each of the FODMAPs.

Polyols: Found in stone fruits such as Apricots, Nectarines, Pears, Plums, Prunes, as well as in sugar alcohols sorbitol, mannitol, xylitol, maltitol and isomalt. These sugar alcohols are often found on ingredient labels of many prepackaged and processed foods.

The list is not complete. The best way to begin your low FODMAPs protocol is to discuss this with your physician and use the Monash University FODMAPS app.

What does the low FODMAP diet involve?

During first phase of the Low FODMAP Diet all high FODMAP foods are strictly eliminated for 4-6 weeks. Using the Monash FODMAPs app is important for this process. The symptom response during this period should be monitored and noted.

During the second phase foods that were restricted in the first phase are reintroduced gradually. This is where the type and amount of FODMAPs that can be tolerated by the individual are identified. After 6 weeks of following a low FODMAPs plan, foods are reintroduced, one at time and if a reaction is noted to a specific food, that food is eliminated for at least 3 months and then reevaluated.

According to a study published in the Journal Gastroenterology, about 3 out of 4 people with IBS had their symptoms ease after starting a low-FODMAP diet and felt the most relief after 7 days or more on the plan. Success rates vary and depend on the type of IBS a patient has.
This diet lacks fiber and is therefore not for long-term use. It is only done for 6 weeks. If no response is noted within 2 weeks, there is no need to continue. Both gluten free and low FODMAP diets are low in fiber. They can be detrimental to the microbiome if used for an extended period of time.