The hidden medical epidemic few women have been willing to talk about, until now

Gastrocure Integrative The hidden medical epidemic few women have been willing to talk about, until now 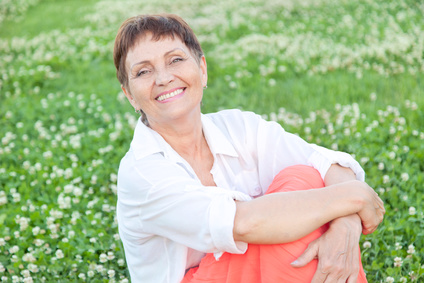 When Carmel Price’s mother had an operation six years ago, Price helped her in the hospital but never really knew what the procedure was for. “I heard that she was having ‘reconstructive surgery,’ like that her organs had moved around and they were putting them back where they belonged,” said Price, a sociology professor at the University of Michigan in Dearborn.

Then Price had two babies of her own and suddenly she understood — and unlike earlier generations of women, she is talking about it.

“My bladder was bulging outside of my body, and if I was on my feet for any significant length of time, like if I was giving a three-hour lecture, or running or jumping, it would fall out even further.” Her mother confirmed that it was the same thing she’d had.

Pelvic organ prolapse – when a woman’s bladder, uterus, or rectum falls down through the vaginal canal – affects millions of women in America, and becomes more likely the older they get. The average age women start to notice pelvic floor disorders, which include prolapse as well as urinary and fecal incontinence, is 56; by 80, half of all women have one or more symptoms. One in ten end up in surgery – and associated costs are soaring as the population ages -from an estimated $66 billion a year in 2007 to a projected $83 billion in 2020.

And yet for years, few women talked about it. Gynecologists often do not notice it in routine exams, and many have lived with the condition for years or even decades without realizing anything would be done.

“This is a stigmatized condition,” said John DeLancey, a Univeristy of Michigan professor of gynecology and urology who pioneered the use of MRIs and biomechanical analysis to diagnose pelvic floor damage. “It’s nothing people would talk about in polite company…. And because nobody talks about it, everyone thinks they’re the only one.”

Recently, however, the conversation has opened up ever so slightly. Last month the actress Kate Winslet spoke publicly about her urinary incontinence since having babies. The FDA recently approved several versions of a pelvic floor muscle trainer, which provide feedback via a smartphone app. And new internal devices for incontinence and prolapse, which advocates say work better than earlier versions, are just hitting the U.S. market.

“There has definitely been a sea change starting this calendar year,” said Missy Lavender, founder and executive director of the Women’s Health Foundation, which does education and advocacy on the issue. “We suddenly have people looking at women’s pelvic health, going, ‘Why don’t we do more?’”

References to pelvic organ prolapse appear in Egyptian hieroglyphics, Medieval woodcuts, and the Bible (which says it is a sign a wife has been unfaithful). Treatments throughout the ages included fumigating the lower abdomen with herbs; tying a woman upside-down to a ladder and shaking it; or menacing the wayward organ with a hot poker to frighten it into place.

In reality, pelvic floor prolapse is similar to a hernia where the organs and vaginal walls are pushed out through an opening in the muscles of the pelvic floor. The condition is most common among women who have given birth. In 10 to 15 percent of vaginal deliveries, the attachment of the muscles to the side walls tears, weakening the ability of the muscles to support the organs. Most women have no idea there is a problem until years later: when the muscles weaken with age and are no longer able to hold the organs in place.

“It’s not painful so much as uncomfortable,” DeLancey said. “ ….They feel this intense pressure. Often they say they have a backache.”

Pelvic floor problems run in families; other risk factors include obesity, routine heavy lifting, older maternal age at first birth, and the use of forceps during delivery.

Treatments include the use of a pessary, an internal support device that women can insert to hold the organs in place, or surgery using the patient’s own tissue or a mesh to lift and repair the fallen organs. There are 320,000 surgeries a year for pelvic floor disorder, 200,000 of which are for prolapse. For less advanced cases, physical therapy can help reduce symptoms.

Left untreated, the prolapse can grow to the size of a grapefruit or larger, and it can become painful if the organs pull on the ligaments that connect to the sacrum. It can become dangerous if the prolapse causes blockage in the tubes that attach kidney to bladder, And it can put older women at risk of reduced activity and social isolation.

“Urinary incontinence is one of the top reasons people end up in nursing homes – people don’t want to deal with the smell,” said Cheryl Iglesia, director of MedStar Washington Hospital Center’s Section of Female Pelvic Medicine and Reconstructive Surgery and a professor of gynecology and urology at the Georgetown University School of Medicine, noting that it is often the last straw for caregivers.

In the U.S., more pads are sold for incontinence than menstruation, Iglesia said. “It is a problem because we don’t have enough trained experts [in pelvic floor issues] to handle the aging population.”

Even when it is not dangerous, it erodes enjoyment of life. Women stop exercising because physical activity tends to worsen the condition – especially running or jumping, or activities involving weights, sit-ups or squats. Some avoid intimacy, fearing that prolapse or incontinence will repel their partners.

New attention to the problem is driven in part by differing expectations of the Baby Boom generation as they age, Lavender said. “We’re the generation of ‘Our Bodies, Ourselves.’ We grew up wanting to know more than our moms did.”

That thick tome did not include a section on pelvic floor disorders; rather, the information tends to spread by word of mouth. Urogynecologists joke that when one member of a bridge club, mah jong group, or neighborhood coffee klatch comes for treatment, the other members are sure to follow. “I did a whole cul-de-sac, one woman in the cul-de-sac after the other,” Iglesia said.

Ethel Potts, 90, a potter and city government volunteer in Ann Arbor, heard about the surgery from a woman in her craft co-op, and had an operation a couple of years ago.

“The surgery was like a miracle” said Potts, whose uterine prolapse had worsened over eight years and was not alleviated by a pessary. “…I didn’t have to worry about if I went out of the house for a few hours was I going to need more pads or have difficulties.”

But even when women do speak up, they can hit a gender bias.

“My ob-gyn said, ‘Oh, your body just changes after having a baby’ and it’s just life. …It felt really dismissive,” said Price, 38, who since her diagnosis has shifted her research to study the issue. “It made it seem like my surgery was elective, as if I was having cosmetic surgery, In other words, if I was willing to be sedentary and just live with it, it wasn’t necessary. My dad has had shoulder surgery and I never heard the term quality of life, like if he’s just willing to stop playing golf then his shoulder is not a problem.”

“It’s a very new field in the US,” she said. “In France, women receive ten sessions [with a physical therapist] starting in the hospital after every vaginal delivery. One of my old colleagues was coming from France and her biggest culture shock when she moved to the U.S. were the aisles of Depends and incontinence products.”

An upcoming article in the Journal of Biomechanical Engineering proposes measuring a pregnant woman’s anatomy and the size of her baby’s head to predict the likelihood of an injury.

If such diagnostics had been available to Jeanne McMahon when she delivered a nine-and-a-half pound baby in 1988, she would have considered a Caesarian section.

Her doctor used a suction device to deliver her son, and afterward told her to expect problems with a prolapsed uterus.

“They used to just say it was a ‘female problem,’” said McMahon, 58, who had two more children and lived with bladder and uterine prolapse for over 20 years. She finally got surgery in October, and has since been able to resume activities such as tennis and hiking.

“I actually feel younger, which is a nice side effect,” she said. “Truly, I do wish I had done it sooner.”