Signs You Could Have ‘Silent Reflux’

Gastrocure Acid Reflux Signs You Could Have ‘Silent Reflux’ 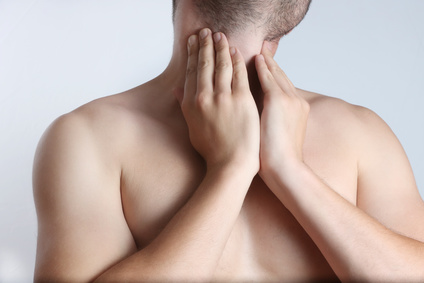 That chronic cough may not be what it seems.

Does the thought of a plate full of pasta drenched in tomato sauce sound delicious or make you wince? For those living with heartburn, door No. 2 is typically true.

An antacid may be a quick fix, but for many folks, that burning chest pain is a constant complaint and could be a symptom of a chronic condition called gastroesophageal reflux disease, or GERD, where acid and partially digested food from the stomach make their way back into the esophagus, the tube connecting the stomach to the throat.

While an estimated 20 percent of Americans suffer from GERD, there’s another reflux disease plaguing millions of people, some without their knowledge.

Laryngopharyngeal reflux, or LPR, is a medical condition that results from the backflow of stomach contents, including stomach acid and digestive enzymes, into the airway, explains Dr. Jamie Koufman, director of the Voice Institute of New York. “[LPR] encompasses acid reflux into all parts of the airway, including the nose, sinuses, voice box, throat, trachea, bronchi and lungs.”

Those afflicted with LPR may have hoarseness or a chronic cough, constantly have to clear their throat, have trouble swallowing or suffer from that nagging feeling of something being stuck in the back of their throat, says Dr. Gary Reiss, a gastroenterologist at the Louisiana State University Health Sciences Center in New Orleans. LPR can also exacerbate existing asthma and sleep-breathing disorders such as obstructive sleep apnea. These type of symptoms may be mistakenly attributed to an allergy, sinus issue or pulmonary disease, especially given that a majority of patients do not experience obvious heartburn or indigestion. Because of this, LPR is commonly referred to as silent reflux.

LPR, which can also cause scarring of the voice box and windpipe, results from a faulty lower esophageal sphincter, the muscle that separates the esophagus from the stomach.

“The lower esophageal sphincter can become damaged and weak over time – often [due to] distention from overeating – and no longer maintain an adequate barrier between the stomach and esophagus,” Reiss says. “The stomach, particularly if there is increased pressure from a large meal and excess abdominal fat, will reflux contents into the esophagus. Small droplets can reach the upper airway and back of the throat and induce inflammation and resulting symptoms.”

Any untreated reflux increases the risk of developing esophageal cancer; in fact, reflux-induced esophageal cancer is the fastest growing cancer in the U.S. And while every patient with LPR does not develop this complication, they do, however, experience a greatly reduced quality of life due to poor sleep, voice changes that limit social interaction and asthma that limits physical activity, Reiss says.

To diagnose the disease, a detailed history, physical examination and tests are necessary, explains Dr. Atif Iqbal, medical director of the MemorialCare ​Digestive Care Center at Orange Coast Memorial Medical Center in Fountain Valley, California. A camera attached to an instrument is used to view the throat and vocal cords, which may be red and irritated from acid reflux damage, while in another exam, a small catheter inserted through the nose and into the throat and esophagus measures the amount of acid that backwashes into the throat.

Overeating, obesity and an unhealthy diet – especially one that is too acidic and involves a lot of late-night eating – are the common culprits of LPR.

For those affected, Iqbal advises eliminating acid-causing foods such as chocolate, mint, tomatoes and onions and replacing them with alkaline foods that actually reduce the amount of acid your stomach creates, including green vegetables, bananas, almond milk and oatmeal.

Also avoid caffeine, citrus, cocktails and carbonated beverages, Iqbal says, all of which can stir up acid in the stomach. And whenever possible, choose fresh or all-natural foods over processed and canned foods.

“So much of what we eat today undergoes a chemical acidification process with ingredients like citric acid and ascorbic acid in order to be preserved in cans or packages,” Iqbal says. “When we eat those foods, we expose our throats to those additional acids, which of course can then activate the enzymes that eat away at our esophageal lining.”

Other suggested modifications include:

“If there is no response to lifestyle change and the diagnosis is clear, therapy to treat the weakened lower esophageal sphincter is a reasonable next step,” Reiss says. Endoscopic therapy – one such process uses radiofrequency energy to remodel and thicken the muscle tissue between the stomach and esophagus – or surgical options to tighten the valve between the stomach and esophagus are available.

Though “there is no one-size-that-fits-all treatment program,” Koufman says, “dietary and lifestyle changes are the key to treatment both in the short-run and long-term.” As for preventing silent reflux, diet, exercise and weight loss are key, says Reiss, which, he concedes is “easy to say, hard to do.”