New Research Shows Poorly Understood “Leaky Gut Syndrome” Is Real, May Be the Cause of Several Diseases

Gastrocure Integrative New Research Shows Poorly Understood “Leaky Gut Syndrome” Is Real, May Be the Cause of Several Diseases 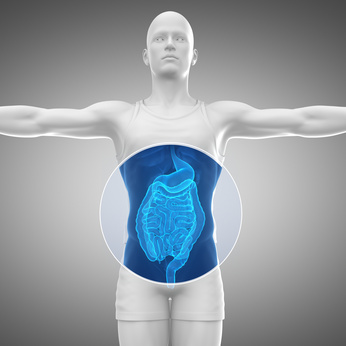 For decades, “leaky gut syndrome” was passed off as quackery. But new research shows it is indeed real, and may be the cause of asthma, irritable bowel syndrome, arthritis, and more.

Jane* was barely 40-years-old when her asthma caused her to turn blue and stop breathing. She was saved with chest compressions and weeks of intensive care. A year later, it happened again, causing the emergency medical system to convulse into action once more. For the next two years she was in-and-out of the hospital monthly for wheezing and shortness-of-breath—until I took over her care.

Following standard medical guidelines, I put her on a ludicrous amount of pharmaceuticals—and I managed to keep her out of the hospital for a year. I could have counted this as a victory if it weren’t for the fact that one thing bugged me: Why did she have asthma in the first place? She didn’t smoke and had no allergies, yet she was always on the verge of respiratory collapse.

Then I put her on a diet to heal her “leaky gut”—and she stopped wheezing completely. To me it looked like she was cured. It seemed the guidelines that the other doctors and I had followed were not only wrong—they were costly and dangerous. After all, she still landed in the ICU twice. If—as the leaky gut theory goes—bacteria and toxins were slipping into her system through a permeable intestine and wreaking havoc throughout her body, then she didn’t need impressive arsenals of expensive medicines. She didn’t even need a doctor. She needed a proper diet.

As a conventional physician, it was hard to accept.

Needless to say, the medical establishment does not accept it. The official medical societies for gastroenterologists, rheumatologists and internists don’t mention it on their websites. All three declined to comment on leaky gut for this piece. Their silence leaves conventional physicians to fend for themselves when patients inquire about it. With 10,000 published articles related to intestinal permeability, and scores of websites hyping the perils of “leaky gut,” doctors on the frontlines don’t have a fighting chance at getting to the truth. Meanwhile, sites like Quackwatch and England’s National Health Service give stern warnings about not buying into this “unproven” diagnosis.

But leaky gut is not unproven. There’s even a test for it. The original test was developed in the 1980s by UCLA researchers who were trying to understand what caused the inflammatory bowel disease known as Crohn’s. The researchers found that leaky gut preceded inflammation, implying that the leakiness plays a key role in disease development. In a fascinating retelling of events, the principle investigator Professor Daniel Hollander recalls, “We did not think that it was the only etiologic factor…but by allowing … infectious or toxic substances to penetrate the intestinal barrier…[increased intestinal permeability could] contribute to the cascade of events that culminate in active Crohn’s disease.”

“Observations should not be dismissed because they do not conform to our current medical dogma. We are simply missing too many opportunities to help people get well.”

That was 30 years ago. And in the interim, leaky gut has been found in association with several diseases including: asthma, diabetes, rheumatoid arthritis, irritable bowel, kidney disease, psoriasis, eczema, depression, chronic fatigue syndrome, and heart failure. Now we even understand how it happens. In what is likely to be Nobel Prize-worthy work, Harvard celiac researcher, Alessio Fasano, MD found that our bodies make a protein (with the nifty name, “Zonulin”) that essentially unzips the tight junctions that seal the intestinal lining.

Although we don’t know all the things that stimulate the release of Zonulin, we do know that certain bacteria and gluten can do it. Along with genetic factors, that may be enough to create a perfect storm to trigger disease. “I firmly believe that without loss of intestinal barrier,” Dr. Fasano wrote me, “it is difficult…to understand how autoimmune diseases would develop.”

The thing is that autoimmune diseases—like diabetes, inflammatory bowel disease, and rheumatoid arthritis—are on the rise. It’s not an exaggeration to say they comprise most of the people who seek medical care. Maybe that’s why all the alternative practitioners are talking about leaky gut. But you don’t have to dig too far in PubMed to find some serious establishment researchers talking about it, too. In fact, a German researcher wrote a recent review that makes a good case that gut health should be our main objective in medicine.

Admittedly, part of the problem is the name. “Leaky gut” has a deeply unserious ring to it. Dr. Fasano also believes there’s another reason the medical establishment remains skeptical about leaky gut. “Some alternative medicine practitioners have made claims that are simply ridiculous,” he offered. When I asked what he meant by ridiculous, he was clear: “That all diseases of human kind are due to leaky gut.”

“Leaky gut” may not be the unified field theory of medicine, but so far the evidence is good that its effects go way beyond the intestine. And that’s not a novel idea. As far back as the 1860s “auto-intoxication” by nasty gut microbes was thought to cause systemic disease and mental illness—and for decades well-respected scientists agreed. This idea fell out of favor in the last century—and was looked on with scorn as “unscientific.” These days when patients suggest leaky gut, doctors usually dismiss them with a hand wave and some partially informed statement about a lack of evidence.

But that’s a deeply unscientific stance. Evidence does not only come in the form of pharmaceutically-funded drug trials; it also comes from basic science and through careful observation. And those observations should not be dismissed because they do not conform to our current medical dogma. We are simply missing too many opportunities to help people get well.

Consider the asthma epidemic. Public health officials point to pollution in the air, never pointing out the pollution in the gut. Yet, Dr. Fasano’s group has found preliminarily that 40% of asthmatics have leaky gut22. Asthma is a problem in the inner cities—could it be related to the fact that they are also “food deserts?” Could the emulsifiers and other chemicals in the processed foods be causing leaky gut? And could that be causing asthma? Unfortunately, these are the kinds of questions we stopped asking in medicine—and most of us are impugned as quacks for even inquiring.

On the other hand, the fact that 7 out of 10 Americans are now taking prescription drugs should not be taken lightly. If much of our disease burden is caused by leaky gut, prescription medicines can’t do anything to get to the root of the problem. This goes a long way to explain why having access to primary care does not improve outcomes. This situation is a disaster for both our economy and our health: pills and procedures are costly, but simple, inexpensive dietary changes can frequently fix a leaky gut.

The truth will come out eventually, of course. But let’s not wait another 30 years. Let’s simply declare today, “National Heal-Your-Gut Day.” Raise awareness, tell a friend, tell everyone who’s ever been told “it’s all in your head” or sent home in pain with an, “I’m sorry, I can’t find anything wrong.” Tell everyone with rheumatoid arthritis, or lupus, or MS, or depression, or bad digestion, or chronic fatigue: Leaky gut really might be causing your problems.

Then we can start healing ourselves—and the American health care system—this time, from the inside out.