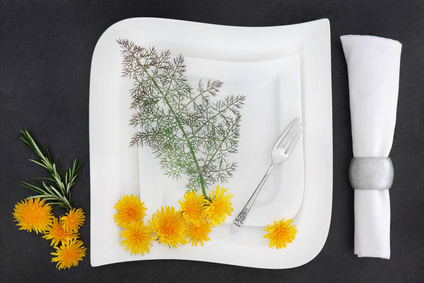 At this point, there’s really no need to harp on the statistics revealing the obesity epidemic in America. We’ve been bombarded by numbers—but the truth is all you need to do is walk through an airport terminal or shopping mall to get a sense of how pervasive our weight issues really are.

So there’s of course a lot of interest in finding what might be underlying this obesity crisis. We’ve been offered all kinds of ideas, from simply consuming too many calories to being overly lazy. We’ve been told that some people are destined to be fat by reason of inheritance. And whole grain carbs have morphed from dietary darlings to targets of attack.

But by and large, when dietary recommendations are made with weight loss in mind, the major focus seems to be directed at percentages of the macronutrients: protein, fat, and carbohydrates. And it’s the variation in just these three parameters that generally differentiates popular diets like Atkins, South Beach, and Weight Watchers, as well as those popularized by groups like the American Heart Association.

Truth is, when it comes to body weight there’s much more going on with respect to the foods we eat than simply macronutrients. It turns out that our microbiome, the 100 trillion microbes living in the intestines of each of us, plays a pivotal role in determining whether we’re overweight or lean. And this is very much emerging research.

How Our Gut Bacteria Influences Our Weight

Over just the past few years, there’s been a dramatic uptick in published research revealing how the health and balance of bugs living in the gut regulate a wide swath of bodily processes, influencing everything from immunity and inflammation to sugar and fat metabolism.

But it’s a bit surprising that these concepts, especially as related to obesity, are just coming to light. After all, the cattle industry has exploited this science for well over 60 years. Changing the gut bacteria in animals that are raised for human consumption by administering antibiotics makes them fatter, and more profitable—a technique dating back to the 1950s and still widely employed today.

For now, I’ll leave the politics and potential health risks of this practice aside and focus on the mechanism by which our gut bacteria help determine our waistlines.

In research recently published in the journal Cell Host and Microbe, a team of scientists teased out a powerful mechanism by which animals regulate the amount of calories extracted from the food they consume. In both human and animal models, when food is scarce, stomach and intestinal motility is diminished, and this provides more time for calories to be absorbed. This is a protective adaptation that served us well in our past. During times of food abundance, you would expect food to move more quickly through the digestive tract so we wouldn’t absorb as many calories. But unfortunately, that isn’t the case.

What the researchers explored had to do with the actual signaling system that informed the intestines as to whether food was abundant or not. Their work revealed that the gut bacteria were playing a central role in relaying this information to the rest of the digestive system. They showed that when certain gut bacteria produced chemicals called short-chain fatty acids (SCFAs), a signaling pathway was activated, telling the stomach and intestines that food was plentiful.

This, in turn, increases digestive motility so food moves through more quickly, providing less time for calorie extraction. On the other hand, when SCFAs are low, motility is decreased as the body is signaled that food is scarce and more calories need to be absorbed.

What to Eat for Healthy Gut Bacteria

Here’s the fundamental point of all this science. The typical Western diet provides an overabundance of calories but little or no prebiotic fiber. So despite our huge calorie consumption, the signal being sent is telling our digestive system that we are starving! So our digestive system does everything it can to extract as many calories from our food as possible. This may well represent one of the most fundamental issues underlying obesity.

Americans consume around 5 grams of prebiotic fiber daily while estimates reveal that the amount our hunter-gatherer forebears may have consumed was as high as 120 grams each day. We now understand that prebiotic-rich foods serve as more than just food—they actually serve as messengers, informing our digestive systems about the abundance or scarcity of calories.

Here’s how you can use this science to your advantage and finally gain control of your weight: add prebiotic-rich foods to your diet to enhance SCFA production and reduce the amount of calories your body extracts from a given meal. That includes foods like:

They’re all rich in prebiotic fiber and will help convince your body that it’s not in starvation mode and doesn’t have to scavenge as many calories from the food you eat.

Health food stores around America now also carry powdered prebiotic fiber products, often derived from acacia gum and baobab fruit, that you can mix with water or other beverages. These products provide a convenient source of concentrated prebiotic fiber that will nurture your gut bacteria and help send an important message that will finally pave the way to weight loss.