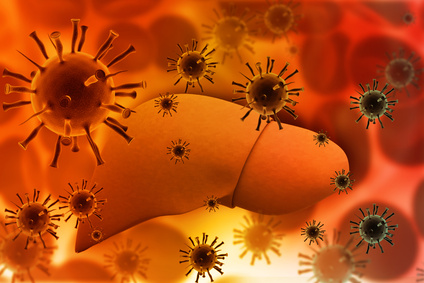 VIENNA — Statin use is associated with a 40% reduction in the rate of hepatic decompensation and death in patients with hepatitis C compensated cirrhosis, according to a retrospective analysis.

Statin use is generally avoided in people with liver disease because of the possibility of hepatotoxicity, said Arpan Mohanty, MBBS, from the VA Connecticut Healthcare System in West Haven.

However, this study suggests that statins are less dangerous for patients with liver disease than has been thought, she said here at the International Liver Congress 2015.

“Until randomized controlled trials confirm these results, statins cannot be widely recommended in this setting; however, in patients who otherwise require statins, their use should not be avoided,” she added.

This study builds on previous animal data and a randomized clinical trial reported at last year’s Liver Congress showing that statins are associated with prolonged survival in patients with cirrhosis and previous variceal bleeding, said session moderator Aleksander Krag, MD, from the University of Southern Denmark in Odense.

We may have something right in front of us that’s very effective.

“The key thing we can say is that it’s safe to use statins in these patients. And it seems to be related to a decreased risk for decompensation. We should be cautious in interpreting a retrospective study, but this really reinforces the need to do a randomized trial to prove this. We may have something right in front of us that’s very effective,” Dr Krag noted.

For now, he said, the clinical implications are that “you should not withdraw statins and they should be used in people who have the right indications for them.”

Using 1996 to 2009 data from the Department of Veterans clinical case registry, Dr Mohanty and colleagues identified patients infected with hepatitis C who had compensated cirrhosis. From this cohort, 685 statin users were propensity-matched with 2062 nonusers.

In a median follow-up of approximately 2 years, rates of death from all causes and of decompensation — defined as the presence of one inpatient or two outpatient ICD-9 codes for esophageal varices with bleeding, ascites, and spontaneous bacterial peritonitis — were significantly lower in the statin users.

After adjustment for age, cirrhosis prognosis assessed with a Child score, and Model for End-Stage Liver Disease (MELD) score, hazard ratios remained a significant 0.55 for both death and decompensation in the statin users, compared with the nonusers.

The results did not change significantly in three sensitivity analyses — one using an alternate definition for decompensation, one excluding the 1096 patients with no confirmatory hepatitis C RNA test, and one excluding the 1054 who received antiviral therapy, Dr Mohanty reported.

This study provides “strong encouragement for a proper randomized controlled trial,” Dr Krag told Medscape Medical News. However, “statins are really cheap now,” he pointed out. Therefore, “it’s unlikely that drug companies will fund such a trial. The government should fund it,” he said.

Dr Mohanty has disclosed no relevant financial relationships. Dr Krag is a speaker for Norgine.