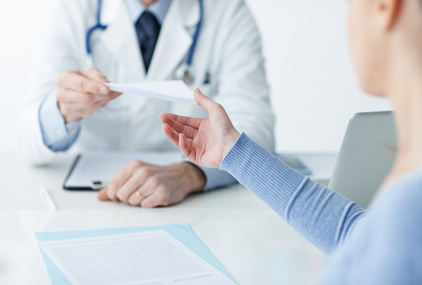 Even after four years of college, four of medical school, and three to seven more of residency, doctors still may not get diagnoses right on the first try.

In fact, they’re more likely than not to be at least a little off. In a study published (paywall) April 4, researchers from the Mayo Clinic in Rochester, Minnesota found that 88% of the time, a patient’s original diagnosis changed at least slightly when a second medical professional was consulted.
Misdiagnosing a patient can sometimes be fatal, but how often is unclear. Last year, a controversial study from Johns Hopkins University said that medical error—which includes mistakes in diagnosis—are the third-leading cause of death in hospitals behind cancer and cardiovascular diseases in the US. As ProPublica notes, doctors don’t list medical errors on death certificates, so counting the actual number of deaths presents its own set of challenges. That said, the National Academies of Medicine estimates (pdf) that diagnostic errors lead to up to 10% of all patient deaths, and up to 17% of all hospital complications.

For the Mayo Clinic study, physicians gathered the medical records of 286 patients who visited a primary healthcare provider between 2009 and 2010. Each patient was either prompted to seek a second opinion, or found one on their own—every single one did get a second opinion, though. Only 12% of the patients came out of visits to a second physician with the same diagnosis; 66% of patients had a slightly altered diagnosis, and about a fifth were told they were suffering from a completely different condition.

The fact that these patients sought any kind of second opinion means their cases were probably not straightforward. But even if they were, diagnosing is never easy. “There are 10,000 diseases and only 200 to 300 symptoms,” Mark Graber, a physician and founder of the Society to Improve Diagnosis in Medicine, told the Washington Post. There’s an innumerable amount of combinations of symptoms that a patient could bring to a doctor, which could indicate one of those 10,000 diseases, or a number of them. The more symptoms you add, the more complicated it becomes to match them to different diseases. And there’s no limit to just how many illnesses from which a patient can suffer.

If anything, the Mayo Clinic’s results suggest that medicine should be a collaborative process. Doctors and other health care providers have to rely on each other to bounce ideas off to make sure patients get the right diagnoses so they can get proper treatment faster.

And physicians need to include patients in those conversations, too. “Most of the stuff you learn in medical school is kind of useful background noise, but it doesn’t tell you anything about the patient in the bed,” Lisa Sanders, a physician and author of the “Think Like a Doctor” told Quartz. “[Medicine] is teamwork.”