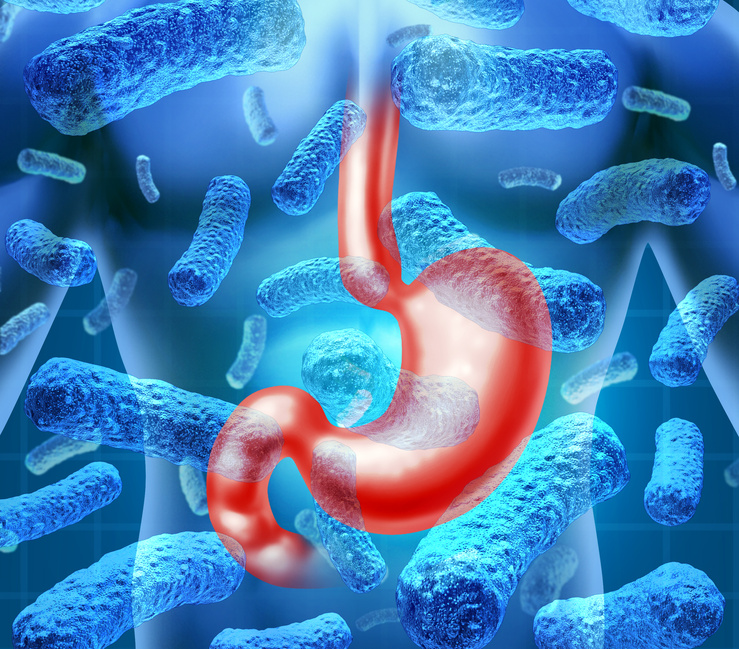 Elimination diets—which call for cutting out a certain food or group of foods—are having a moment. People often start the diets in an effort to cure a symptom that doesn’t necessarily seem worth seeing a doctor about: headaches, skin irritation, joint pain, digestive problem or just feeling tired. Maybe cutting out certain foods will help, they think. Weight loss often isn’t the primary motivation.

Eating in this manner is different than elimination diets intended to detect sometimes immediate and life-threatening allergic reactions, often done under close supervision of a doctor.

The idea behind these elimination diets is to help people identify more subtle, gradual reactions to common food groups such as dairy, soy, nuts, eggs, gluten, sugar and alcohol. They completely avoid those foods for a few weeks. Later each food is added back one by one to test the body’s response.

There is little science to prove specific cause-and-effect behind this style of elimination diet and an improvement in symptoms, many doctors say. Yet lots of people report feeling significantly better. Is that because “they are eating healthier or because, say, wheat was taken away?” says Linda Lee, director of the Johns Hopkins Integrative Medicine & Digestive Center.

Still, there is little harm in cutting out a food group for a limited time if people aren’t at risk of poor nutrition, don’t begin to develop a fear of food and don’t have a history of eating disorders, which restrictive diets can trigger, say most doctors.

After years of increasingly uncomfortable stomach cramps and other intestinal issues, Amanda Deming, a 35-year-old mother and legal assistant, saw a friend post rave reviews on Facebook about an elimination diet called the Whole 30. It recommends cutting out gluten (a protein found in wheat, barley, rye and other grains), dairy, sugar and sweeteners, white potatoes, alcohol, some food additives and even legumes and grains for 30 days. What’s left? “You eat meats, fruits and vegetables,” says Ms. Deming, who lives in Greenville, S.C. Within two weeks of starting the regimen her stomach felt better. “And that means the world to me,” she says. “I have more energy.”

She stuck with the eating habits past 30 days, even though it has been hard to skip her family’s Friday pizza night. Also, her food budget has gone up. “I don’t have a meal that doesn’t have meat in it,” she says.

The Whole 30 plan is intended to improve overall health, break bad eating habits and in some cases will identify food sensitivities,says Melissa Hartwig, a sports nutritionist and co-owner of Whole 9, the company that designed the plan.

Harry Eschel, vice president of products and marketing for a mobile software company, noticed his weight creeping up and sports injuries piling up. “I used to travel a lot, so dinner was McDonald’s,” says Mr. Eschel, 48, who lives in Wilmette, Ill. A year ago he tried a two-week elimination diet with a holistic health coach to jump-start weight loss. He gave up gluten, dairy, sugar, alcohol, eggs, soy and other foods.

After losing 10 pounds in the first two weeks, he decided to stick with many of the habits. Now he doesn’t eat fast food, has mostly stopped eating gluten, sugar and dairy, and he has taken up yoga. “I got a lot of teasing for [the yoga], but now friends are going, ‘he hasn’t thrown his back out,’ ” he says.

Many elimination diet proponents suggest the regimen can help find the cause of leaky gut syndrome or increased intestinal permeability. The idea is that some foods irritate the intestines and cause food proteins to leak through the intestinal wall where they shouldn’t be. Once there, the proteins come into contact with large numbers of immune cells that live just below the intestinal wall, says Dave Rakel, director of the University of Wisconsin Integrative Medicine Program at the School of Medicine and Public Health.

“The immune system along the gut is triggered to see friend or foe,” says Dr. Rakel. If foe, an immune attack begins causing inflammation that can move throughout the body, he says.

In recent months, Katie Collette, a 36-year-old graduate student in pharmacology, physiology, and therapeutics, had daily headaches she thought were related to seasonal allergies. At one point, her allergist suggested an elimination diet, says Ms. Collette. Guided by what she read online about a book called “the Virgin Diet” by J.J. Virgin, she cut gluten, eggs, dairy, soy, peanuts, corn and sugar for three weeks. “I just assumed I should cut alcohol,” as well, says Ms. Collette.

Her headaches became less frequent on the diet and when she brought back soy—a small amount of edamame—she got a headache and runny nose. She plans to avoid most soy in the long term. “No more tofu for me,” she says.

Compared with an allergic reaction, people are more often able to eat the offending food again in limited quantities after giving the body a break from the food causing the inflammation, says Dr. Rakel. He recommends a three-week elimination diet to patients with digestive problems, joint inflammation, asthma and reoccurring sinus infections, among other symptoms—but not to everyone. Overall, people should eat a “high-fiber, multicolored, whole-food diet,” he says.

Some doctors say the connection between many symptoms and gut health isn’t well understood. Increased intestinal permeability “can be linked to disease, but by itself it isn’t linked to things like headaches, fatigue and general malaise,” says Jerrold Turner, associate chairman of the Department of Pathology at the University of Chicago. Dr. Turner last year co-authored the paper “Intestinal Permeability Defects: Is It Time to Treat?” But Dr. Turner adds: “If it makes people feel better, I’m not sure why we should oppose,” elimination dieting.

After headaches, fatigue and other symptoms started to become more frequent last year, Jean Panko, a 35-year-old portfolio administrator in Edison, N.J., turned to a mail-in blood test that promised to reveal food sensitivities that could be causing her symptoms, she says. Based on her results, she stopped eating chicken, gluten, corn, soy, cane sugar, honey, apples, blueberries, grapes and other foods. “Within two days I felt like a new person,” she says.

This type of blood test, which looks at cellular reactions to hundreds of foods and chemicals, is viewed as inconclusive by some doctors. “Ask the body the question rather than asking the lab,” says Susan Blum, assistant clinical professor in the Department of Preventive Medicine at the Mount Sinai School of Medicine.

Andy Panko, Jean’s husband, did the blood test after seeing how much better she felt. The experiment helped “kick the habit of eating all this junk, but I never actually felt better,” he says.

He plans to try eating some of his forbidden foods soon like dairy, gluten and brewer’s yeast, an ingredient in beer. “I very much miss dairy in my life. I miss pizza. I miss yogurt. I miss cheese,” he says.