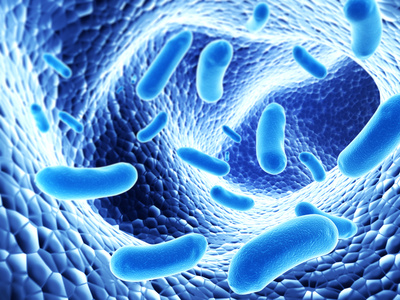 This is a great article written by Eryn Brown of the LA Times. It is amazing how important bacteria is to not only our digestive system but our entire body. This article talks about how the scientists at MIT are using research already gathered from E. Coli and how they are trying to make designer bacteria for our health.

Researchers are still studying exactly how the microbiome — the billions of bacteria and other tiny critters that inhabit our bodies — influences human health.

But while they get on with that, bioengineers are assembling a tool kit for building designer bacteria that doctors could introduce into the microbiome to diagnose, monitor or even treat disease.

This week, a team at MIT said it had taken a step toward that goal by creating synthetic biology tools that can program a common, helpful intestinal bacterium known as Bacteroides thetaiotaomicron. The group inserted custom DNA components into the microbe’s genome, much as software engineers insert code into an app. Then they showed the genetic parts worked by putting the organisms into mice.

“Just as you’d program computers, we’re starting to learn how to program cells by modifying their DNA,” said Timothy Lu, a biological and electrical engineer at MIT and senior author of a study detailing the experiment.

Bacteroides thetaiotaomicron is present in large numbers in many people — 46% of humans have it in their digestive tracts, according to the researchers. Additionally, it and other Bacteroides species are very stable in the intestines, making them particularly good candidates for potential medical treatments.

“If you’re thinking of making a therapy, it’s going to be useful to work in an organism that’s there in the gut in large numbers,” Lu said.

While Bacteroides is everywhere, it hasn’t been studied as widely as less-abundant bacteria like Escherichia coli, for which scientists already have written many genetic components, Lu said. That’s because researchers only recently realized how important Bacteroides is for gut function, and because it’s trickier to cultivate in the lab.

Ahmad Khalil, a bioengineer at Boston University who was not involved in the study, said making the leap to bacteria like Bacteroides was a leading area of innovation.

“A big challenge in the field of synthetic biology is taking the foundational tools we’ve developed in E. coli and other canonical lab organisms and moving them into organisms that exist in the wild,” he said.

Hoping to jump-start that work, Lu and MIT colleague Christopher Voigt led a team that designed several DNA-based components for controlling genes in Bacteroides. They built sensors, memory and circuits that allowed them to switch special light-emitting genes on and off. In addition, they used a gene-editing tool known as CRISPR to target two other Bacteroides genes and switch them on and off as well.

To show that their tool kit had the potential to work as a therapy, the scientists administered the modified bacteria to laboratory mice and examined the animals’ droppings to see if they glowed or expressed other DNA signals that would indicate the tools had functioned as planned.

By and large, the components worked, according to their report in the journal Cell Systems. That’s an encouraging sign that engineers might soon be able to craft Bacteroides organisms that could live alongside their cousins in the human gut and help treat disease.

Advances in gene editing are making it easier for engineers to construct genetic tool kits like this one, synthetic biologists said.

But before the technology could be tested in people, Lu said, engineers would want to create and fine-tune Bacteroides sensors to detect inflammation, bleeding, cancers and the other conditions. They’d also have to conduct animal trials.

Other scientists mentioned further hurdles. Khalil, who called the study “a tour de force,” said it was still unclear whether engineered bacteria would survive long in the gut. They might create successful colonies and remain functional, or they might be edged out by the naturally occurring bacteria.

And Tom Ellis of Imperial College London, who also admired the work, noted that scientists will have to evaluate whether a bioengineered microbiome is safe for public waste systems, since bacteria that are present in the gut inevitably wind up in feces.

Eventually, however, designer bacteria could prove useful in other parts of the body as well, such as the mouth, the skin or the female genital tract.