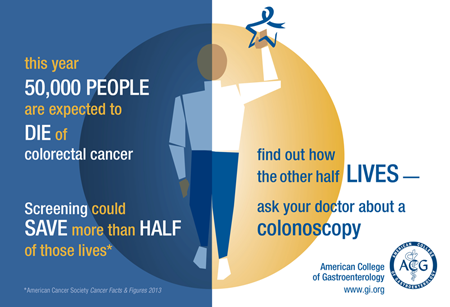 It has been suggested that a high-quality examination that ensures the detection and removal of all neoplastic lesions is key for screening efficacy. Adenoma detection and cecal intubation are the most commonly used. Read this study on proper bowel prep key to effective colon cancer screening.

Study
Inadequate bowel-cleansing before a colonoscopy can result in high miss rates for precancerous polyps (adenomas) and a need for earlier repeat tests, a new study finds.
“Our findings of a miss rate of 42 percent for all adenomas and 27 percent for advanced adenomas suggest that suboptimal bowel preparation has a substantial harmful impact on the effectiveness of colonoscopy, and follow-up examination within one year should be considered,” said study lead author Dr. Benjamin Lebwohl of Columbia University Medical Center in New York City.

Since colorectal cancer develops slowly over time, effective screening and early detection of the disease is key to a patient’s survival. Colonoscopy screening enables doctors to identify and remove precancerous polyps (small growths in the colon) before they turn into cancer. In order for this procedure to be effective, however, patients’ bowels must be thoroughly cleansed so that doctors can spot any abnormalities.
The success of the bowel “prep” depends largely on individual patients, who have to carefully follow instructions about taking medication at home in liquid or tablet form that causes diarrhea, thereby emptying the colon.

This preparation takes an average of 16.5 hours, according to a Harvard Medical School guide to the procedure, and may involve consuming up to a gallon of an oral solution containing the medication the day before the colonoscopy (while consuming only clear liquids during that day), avoiding nuts, seeds and insoluble fiber up to three days before the procedure, and fasting for six hours or more in preparation for it.
In conducting the study, published in the June issue of GIE: Gastrointestinal Endoscopy, researchers reviewed the bowel preparation quality of 12,787 patients who underwent colonoscopy at Columbia over the course of roughly two years. They found preparation quality was either poor or fair for 24 percent, or about 3,000, of those patients.

Among those with inadequate bowel preparation, 17 percent needed a repeat colonoscopy within three years. The repeat procedures (with proper bowel preparation) uncovered 198 precancerous polyps. Of those polyps, 83 were only spotted during the follow-up colonoscopy — revealing a miss rate of 42 percent.
For the colonoscopies repeated in less than one year, the miss rate for adenomas was 35 percent and for advanced adenomas, 36 percent, the researchers said.

The findings suggest that the success of colorectal cancer screening programs hinges on proper testing techniques, including bowel preparation, the researchers said in a news release from the American Society for Gastrointestinal Endoscopy.

Current guidelines that specify recommended intervals between colonoscopies presume optimal bowel preparation, the study authors said in the news release. In cases of insufficient bowel cleansing, the decision of when to repeat the test is left to the individual physicians doing the colonoscopies.
Repeating tests at more frequent intervals increases the overall cost of colonoscopy, they added.

> Read: Top News: Which doctor does your colonoscopy may matter