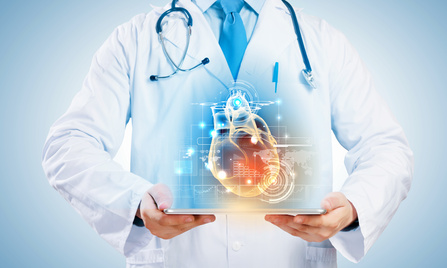 MedWire News: Dietary choline deficiency can trigger changes in an individual’s gastrointestinal microbial community, which in turn may encourage the development of fatty liver, US study results indicate.
“Even though we cannot yet assign cause and effect, our results suggest that host genotype and specific members of the microbial community are important predictors of susceptibility to choline deficiency-induced fatty liver disease,” remark the authors in the journal Gastroenterology.
The study, which was divided into a baseline, depletion, and repletion phase, involved the analysis of the microbial levels of 15 disease-free women who underwent dietary choline level manipulation during a 2-month inpatient hospital stay.
The baseline stage lasted for 10 days during which all participants received diets containing 550 mg choline per 70 kg body weight per day. This choline level was reduced to 50 mg per 70 kg body weight from day 10 to day 42 – the depletion stage – and then increased to 850 mg per 70 kg body weight for an additional 10 days – the repletion stage.
Throughout the study, Anthony Fodor (University of North Carolina, Charlotte) and colleagues collected stool samples from the participants and used genetic sequencing to identify the types of microbes present in the samples.
Liver fat was measured by magnetic resonance imaging (MRI) at baseline, day 21, day 42, and on completion of the study.
The analysis revealed that the compositions of the women’s gastrointestinal microbial communities varied with the level of choline in their diet, although the actual organisms that made up these communities did not change.
Of all the organisms found in the stool samples, Gammaproteobacteria and Erysipelotrichi were the only ones that showed significant correlation with liver fat level changes.
The further observation that liver fat increased during the choline depletion stage of the study compared with baseline, led Fodor and team to devise a fatty liver development prediction tool.
The tool was based on Gammaproteobacteria and Erysipelotrichi levels, liver fat change, and the presence of a choline-related single nucleotide polymorphism, and predicted an individual’s risk for fatty liver development on a choline-deficient diet with good accuracy.
Fodor and colleagues therefore conclude: “Defining the interrelationships between these bacteria, host genotype, and choline metabolism could begin to establish the biological mechanisms through which the gut microbiome influences human health.
“Such work could ultimately yield important insights into the causes and risks associated with fatty liver.”
MedWire (www.medwire-news.md) is an independent clinical news service provided by Springer Healthcare Limited. © Springer Healthcare Ltd; 2011